The Early Moves study is investigating whether a baby’s early movements can predict learning difficulties later in childhood. 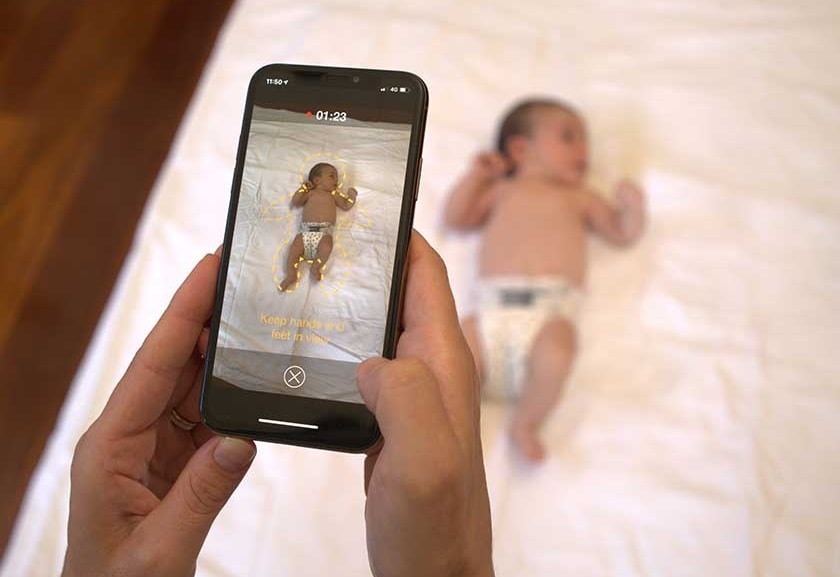 Early Moves aims to better understand how to recognise developmental difficulties early enough to provide support and intervention in a baby's first year of life, a critical period in an infant’s brain development.

The project is based on the fact that babies’ early movements develop in a very particular way and can be used to show if the brain and nervous system are developing well or if there is any indication of the risk of developmental disorders.

General movements can usually detect motor problems in babies, such as Cerebral Palsy, and this study will help to identify if they predict other developmental disorders, such as cognitive impairment and autism spectrum disorder. Understanding this link will help us to better recognise learning difficulties early, so that we can give babies the best possible start to life by offering early intervention and support when their brain is developing rapidly.

Participants will receive an early screening for risk of cerebral palsy through the 12 to 14 week video assessment and a full developmental assessment of your baby at two years of age.

Should any concerns be identified at either assessment, you will receive the best care and support to address these concerns. By being part of this study, you and your child could be involved in an important scientific advance.

Participating families are currently being sought for the project, which aims to follow 3000 Western Australian infants born at St John of God Midland Public and Private Hospitals and Joondalup Health Campus.

To find out how to setup the Baby Moves app to take videos of your baby for the project click here.

The project is co-led by Professor Jane Valentine at Perth Children’s Hospital and Professor Catherine Elliott at the Curtin University School of Allied Health. Early Moves is a sub-project of The Origins Project, and includes a number of investigators and research staff at Perth Children’s Hospital as well as local and national research institutes.